Enter the world of The Magic of Puck! - Master Magician & Comedy Hypnotist.

Puck started in entertainment with a specialty in Bird Magic. Working with doves, parakeets, and a parrot named "Hoppy" he began his journey. This seven minute act took Puck around the world and was celebrated with several awards including 1ST place at The World Magic Summit held in the Nations Capitol.

Puck has been featured at such venues as The City Hall Theater in Hamilton Bermuda to The Magic & Mischief Theater in Orlando, Florida. He's a regular at Monday Night Magic, New York's longest running magic show and the world famous Magic Castle in Hollywood.

You can tell by watching Puck perform that he truly loves what he does. What better gift in life then to do what you love as a career. This native New Yorker now resides in Central Florida and is a full time performer presenting his special brand of Magic.

Book "The Magic of Puck" for your event today!

Comedy Hypnotist Puck combines the study of hypnosis with a fun and truly comical presentation that is sure to keep everyone laughing.

You will watch as your friends, family, and co-workers are transformed into the stars of the show. At Puck's hypnotic suggestion, your audience members will think their noses are growing to twelve inches long, or they they have suddenly become a super rockstar on a world tour. Whether on the stage or out in the audience, your group will definitely have an enjoyable and rewarding experience that they will talk about for a long time. 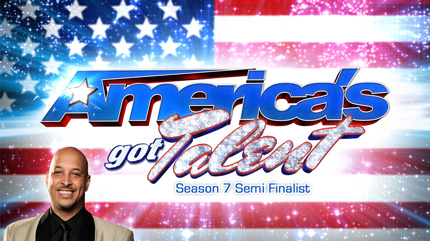